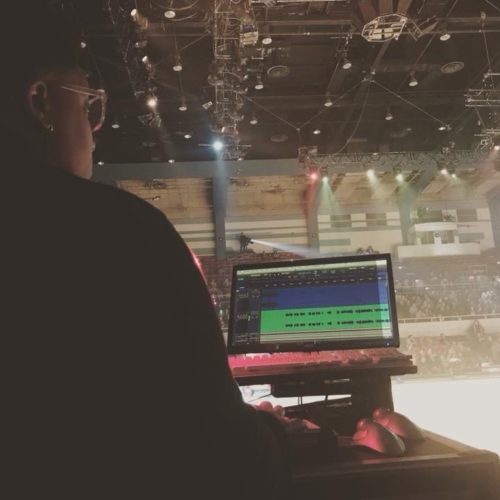 Sophia Love (she/her/hers) is an entrepreneur of Music. Producer, engineer, artist and performer- Sophia has proven to be Saint Petersburg’s hidden treasure. Sophia studied audio engineering and music education at Bethune-Cookman University where she obtained a Bachelor of Arts degree in Music Technology. She too continued her education and obtained a Master of Science in Business Entertainment degree at Full Sail University and a Music for Wellness certificate from Berklee College of Music.

As a tubist, Sophia has an enhanced ear for music. Her musical intellect has allowed her to not only delve into music from an instrumentalist’s point of view, but also as a vocalist and an engineer. She has performed orchestral works, produces and records multiple multi-genre songs, and engineers live touring shows. Sophia lives in a world where life is love and her love is music. Having also been an educator, she naturally enhances your musical aptitude just in conversation. Sophia’s goal in life is to create works that make people feel the same experience music creates for her.

Sophia has a background in working with teens having once been an assistant director of bands at Atlantic High School in Port Orange, Florida as well as a general education teacher.

Sophia is a Florida native who’s lived from coast to coast. Although she was born in Orlando, she resided in Volusia County during high school and undergrad. She recently moved to St. Petersburg in 2018 and tries to see as much of the city she can while she’s home from tour.

On her spare time, Sophia craves enlightenment. Aquariums, museums, zoos and space centers are just a few places Sophia tends to visit on her off time. She is also a huge fan of water and loves to swim, whether it’s a spring, pool, or the beach.

We’re here to support you along the way!